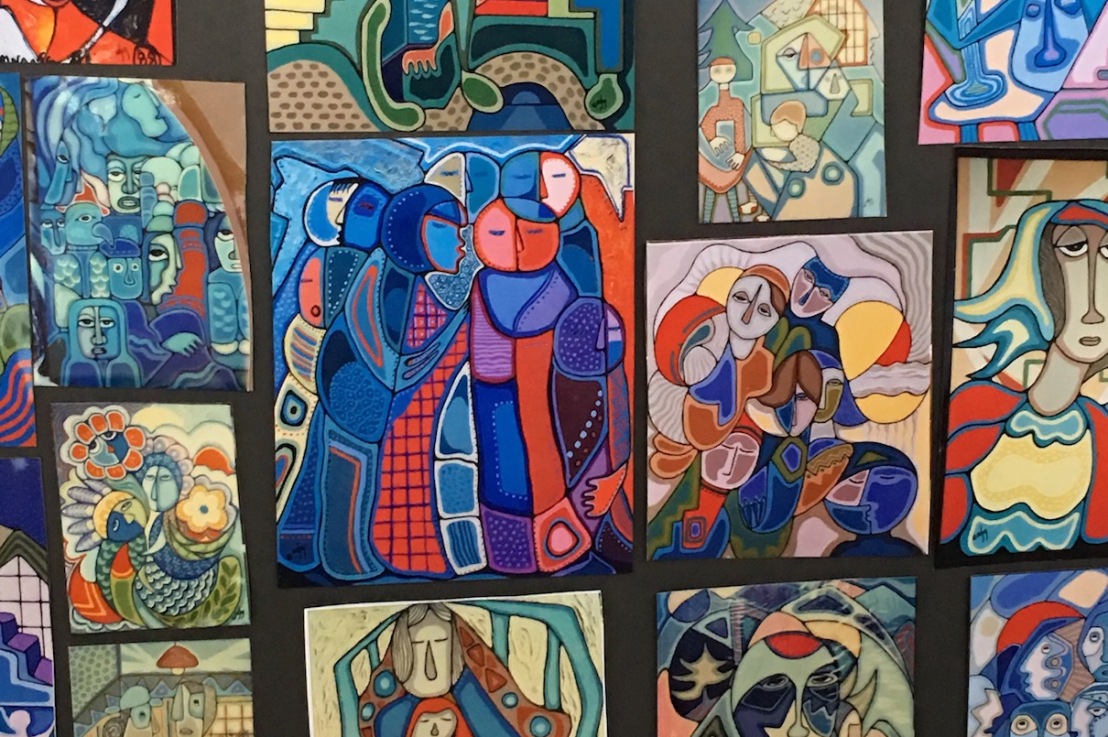 The Blind Bay Painters were fortunate to be able to hear the story of a world renowned artist who lived here in the Shuswap for many years, Daphne Odjig through the eyes and ears of her friend Fran Lewis.   Daphne Odig (Sept 1919- Oct 2016) received a number of awards for her work, including the Order of Canada, the Governor General’s Award, and several honorary doctorates. Odjig co-founded with others, the Professional Native Indian Artists Association in Manitoba and the members are considered critical pioneers in the development of indigenous art in Canada. 1974, she and her husband had expanded their shop and renamed it New Warehouse Gallery, the first Canadian gallery exclusively representing First Nations art and Canada’s first Native-owned and operated art gallery.  She was the first native woman to have a solo show put on by the National Art Gallery in Ottawa.

Fran’s friendship with Daphne began when they went to an artist workshop together. Living close by, they kindled a friendship out of the love of art and Fran enjoyed listening to Daphne’s stories and sketching with her as she worked. Fran talked about the difficulties that Odjig endured at a very early age having grown up with a mother who was ill with rheumatic fever, and she herself suffering from it when she was 13 years old. However despite this, she had a loving family and her grandfather in particular, who encouraged her to explore art. She also talked about Odjig’s love of Picasso and his influence but her desire to develop a style of her own which incorporated of aboriginal and First Nations arts with European influences.

But what struck us as painters more than anything else was the dedication and love that Fran had for her friend Daphne. The personal recollections, and stories were about a great friendship and a trust and bond that was shared between the two artists. It was a bond that we all could see and could come to relate as we continue to build our own bonds and friendships within the group.  Thank you Fran for sharing such a wonderful and personal story! 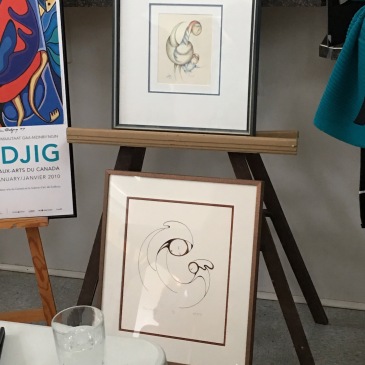 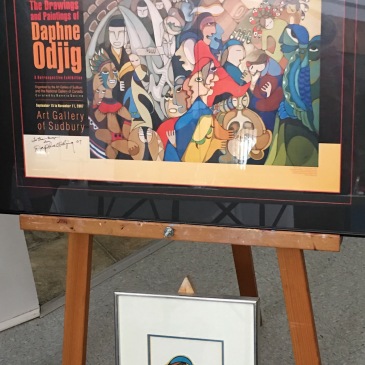 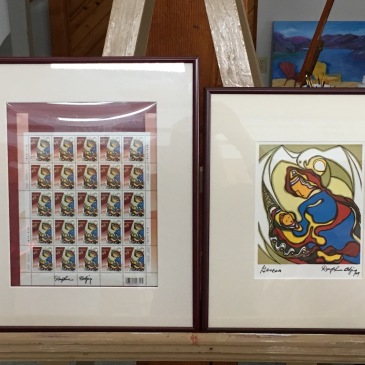 3 thoughts on “A Friendship of Two Artists”

This site uses Akismet to reduce spam. Learn how your comment data is processed.